Quantum Owners Club (QOC) is a club for people who own or have an interest in Quantum Cars, which are a type of Kit car produced by Quantum Sports Cars. The club was formed in early 1990 by Peter Crawford,

who having build a white Series One Coupé, decided to form an Owners Club for people who were interested in Quantum Sports Cars. The first official gathering of the club was at the Newark Kit Car show in the same year, when a number of members got together for the first time.

The club has grown since then and now has a membership of around 400 people.

Being a club member has a number of benefits.  One key benefit is a club insurance scheme with a leading specialist insurer and the Quantum Owners Club have a special deal with Adrian Flux.  There is a long list of benefits, including cover for young drivers with policies available for under 25s, including those aged 17 or 18 who have just passed their test. 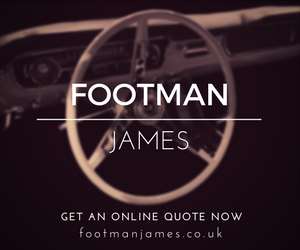 Other benefits include agreed values and multi-car policies.  Club members should log into our members only section for full details.  We still receive competative rates from Footman James for our club members, so they are worth a call if you require a second quote. Both companies have adverts in our club magazine, Quantum Mechanies and we have a dedicated committee member who looks after our liasion with insurance companies.

A number of discounts have been negotiated with suppliers likely to be very useful when trying to keep you car on the road.  Potentially you could save up to 30% on purchases!

The club is able to run 2 main events for members, thoughout the year.  The big annual event is the club BBQ after the AGM at the Stoneleigh Kit Car Show, which is usually the Sunday evening before the May Day bank holiday. Many members camp on the QOC stand over the weekend to fully enjoy the show.  After the BBQ we usually have a fun quiz in our marquee, which as a bonus is heated!

The other annual event is a test day at the Curborough Sprint Circuit, near Litchfield, where you get the opportunity to test your car alone on the circuit. The QOC subsidieses places for members.

The Haynes Action Day was a favourite with many members, where the club took over the small circuit at the Haynes Motor Museum, Sparkford.  This was a fun day out and a chance to test your skill as a driver.  Since the museum closed for a major refurbshment we have not been able to run this event, but hope to organise something there soon.

Gaining inspiration from the original Irish Shamrock Tour, back in 2005, the club has been involved with a holiday or tour every year since.  The initial tour built a close relationship with the Irish Kit Car Club, that has remained ever since.  After visiting Ireland for 4 years we invaded Scotland in 2009, with a further foray into Scottish territory in 2010. Since then we have covered most of the British Isles with tours thought the years.